A Sneak Peak Into Magento 2.0

There is not much time left, three quarters precisely, to the long-awaited stable release of Magento 2.0. Nonetheless, we can already learn about the changes and new features from the lately released ‘Developer Release Candidate’ version. Let’s take a look and find out what authors have prepared for us.

The first change plain to see for administrators of new system is refreshed Admin Panel theme. Large spaces, soft colors and pleasing lightness will help you get started and quickly adapt to rich set of system functions. One can even get an impression that Magento 2.0, in comparison to the current version, will offer less options but that is just an illusion. Navigation has been moved to the left as a side panel, which upon clicking on ‘Menu’ icon, shows links divided into specific groups.

The biggest change, however, affects products management. New product edition panel has been simplified to such an extent that adding a new entry may be limited to merely one tab. It will contain all fields necessary to introduce details of products, including categories, attributes and configuration for different types of products. 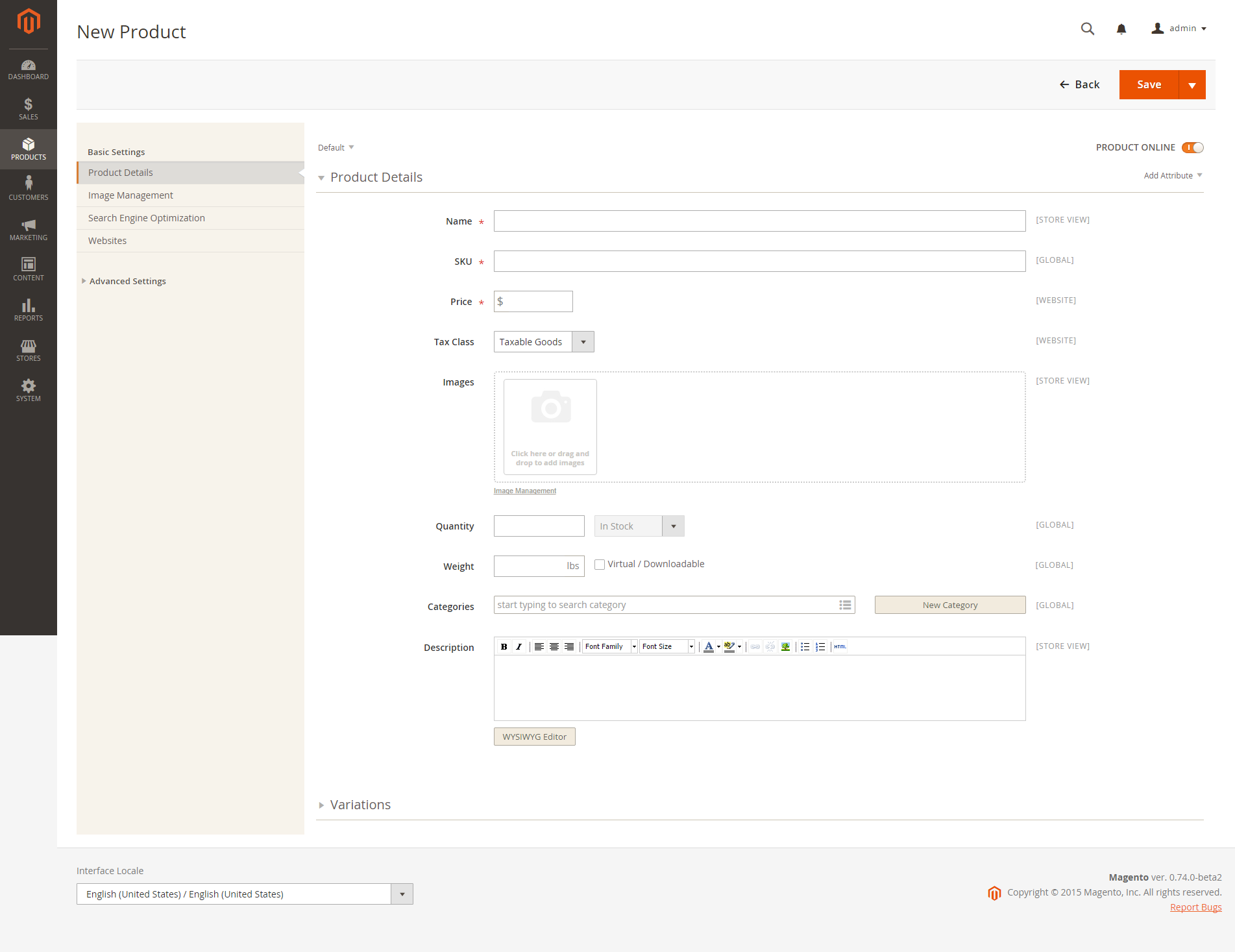 But what really makes Magento 2.0 unique is 20% growth in productivity which has been achieved through Cache system rebuilding. In its new form the system both derives solutions from Enterprise version and implements entirely new type: Full Page Cache, which so far has been obtained only by means of third party modules. Furthermore, introducing support to Varnish Cashe library reduces the number of server requests and responses stored in cache memory. It will save both time and money spent on machine maintenance.

The changes will also facilitate further development of software. jQuery, RequireJS, CSS3 with LESS preprocessor, HTML5 and Composer will become an integral part of Magento 2.0. It will certainly prove convenient for all users as it will make providing stable, compliant with modern standards software much easier. So far, the only native library was Prototype which has not been developed in any way for a few years and as such it extended the website loading time a lot. Implementing jQuery and RequireJS to Magento 2.0 not only eliminates the problem but also reduces the loading time. Owing to simultaneous scripts download, a user will be able to view the website quicker, while the rest of files are downloaded and run.

After releasing Magento 2.0, support for versions 1.0 and further will last for three years. Such a time period should be sufficient to migrate online stores as well as develop lots of new extensions expanding basic platform functionality. Having in mind that mentioned changes will significantly improve running and further development of online stores we can only hope that the stable release of Magento 2.0 will happen sooner. There is a lot to wait for!