The Internet is home to a tempting variety of conveniences, many of which have permanently entered mass consciousness and settled into everyday routines. That same facilities jostling for your rapt attention within the comfy confines of your web browser may, however, easily fool you into dropping your guard and lull you into a false sense of security. The Data Privacy Day is on the horizon to remind us all about the paramount gravity of safeguarding the privacy of each single slice of personal information thrown into the cyberspace.

In response to the global threat of data breaches and ever more privacy violations committed in a digital sphere, the countries worldwide mobilize each year on 28th January to foster strong awareness and promote current best practices in widely approached protection of online safety. The Data Privacy Day leads an international initiative to fully recognize the long-term impact on the society of the established customs of data collecting and sharing. The ultimate objective is to educate individuals on how to safely define and control their online presence, and guide companies how privacy kept intact works greatly in favor of their business integrity.

The ideological focus of this irreproachable campaign continually expands, inspiring not only dialogue but also decisive actions on many instrumental levels. In the information technology field, the chief effort is targeted at tackling the shortage in sufficiently advanced software aimed to render the safe data storage and management less of a challenge, and more of an effortless habit. 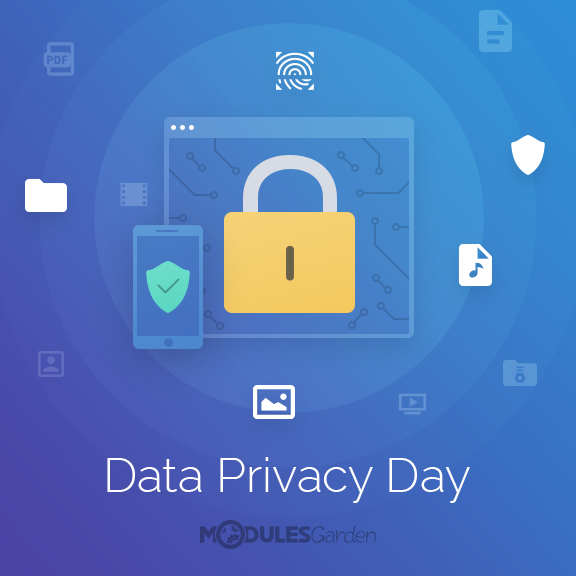 Among the wide choice of techniques commonly deployed to preserve online privacy, encryption of personal data is regarded as the absolute fundamentals. As early as almost two decades ago, Lawrence Lessig, in its revealing book, Code and Other Laws of Cyberspace, hailed encryption technologies as „the most important technological breakthrough in the last one thousand years”. Whether Lessig exaggerated or not, we leave it for you to decide, but he surely have got a point, placing well-deserved emphasis on the prominent role of encryption in today’s digitally dominated world.

Simply put, encryption converts pieces of information into another form or code, so that only people who own a decryption key or password can access them. It comes in a great number of types, each with a different mechanism to obscure the data into unreadable content. A popular criterion to classify software encryption is the central purpose it fulfills. From this perspective, technology may be grouped into the tools that encrypt “data in transit” and ones that encrypt “data at rest”. The basic difference between them is that the first encryption category pertains to transfers of information, while the second one deals with its storage. Whether they travel across the Internet or through a private network, data is quite rightly considered less secure while in motion, and thus, strict encryption measures for in-transit details are nothing short of a must when building a software armor.

To fully grasp the concept of data transit, simply think of the last time you shared some password with your colleagues using the most ordinary channel possible – an email. Now, imagine the consequences of this tiny string of characters falling into the wrong hands. A direct blow to your reputation and brand image, hordes of frustrated customers, not to mention the organizational mayhem or, in the worst-case scenario, the complete closure of your business. Terrifying, isn’t it? To prevent any of this from happening, robust software with a sophisticated encryption formula should be implemented and actively used. The tool worthy of careful note in this regard is Password Manager For WHMCS that features two-way encryption keys converting the sensitive information into code on the fly, so that only its unreadable format is saved in the database. Having the passwords under such top-level protection, neither any storing nor sharing operations will pose a real risk to the enterprise and its clientele.

In the face of ever new social networks to be launched, new applications to be released, and new experiences to be had deep in a digital realm, we all bear a heavy responsibility to embrace all irreversible outcomes of this evolution and ensure that any cyber-valuables we care of are protected both when stored and across transit endpoints. The application of space-age encryption technology is a box all smart companies need to check, no matter their size.

Have you already checked yours?